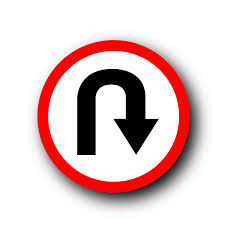 This past year, we learned that just about every device we own can be, or already has been rooted by others, and just about anything we do on-line is being recorded and kept around for years. Our movements are recorded, and our (intentional or accidential) fellow travelers. And something as simple as visiting a website can trigger an attack. Some of the techniques employed are rather ingenious, and we have to admire the trade craft. But it’s also of course extremely unsettling.

All the revelations so far have been about the US and UK. But I don’t believe for one instant that they are the only ones doing this kind of thing. And now, we can bet that even those nations that haven’t done much along these lines are going to get into the game. Worse, all the world’s (smarter) criminals have gotten ideas, I’m sure. (Sometimes they are the same people.)

It’s one thing to say “I trust my government” (as some do), but something altogether different to say “I trust all governments and all the world’s crooks”. Because all of them are having a field day in our devices and pockets, and if not yet, they will soon.

What are we to do?

I really don’t know. But I bet that more people than in the past will look at the technology they use, and more and more often decide to do without. It doesn’t have to go as far as going back to mechanical typewriters. It sounds reasonable, however, to assume that some people will now sometimes leave their cell phone at home. Or send hand-written things in the physical mail. Or put a lean version of Linux on an old laptop that doesn’t even have WiFi instead of getting that shiny new one with a 4G data plan. Or not buy that internet-connected TV that might spy on you. And you don’t need to be a Luddite to do that.

As I write this, I’m surrounded by something like three dozen electronic devices of various kinds. Somehow that does not feel so safe any more.