Enthusiasm has been growing in many places about new, more cooperative models for organizing society, replacing capitalism as we know it today. Advocates of these new models are convinced a broad transition to large-scale collaboration is “inevitable” and starting to happen.

Those of us who have not drunk the cool-aid yet sympathize (everybody is cooperating and being nice to everybody! who could be against that!) but we are looking for compelling evidence. “Inevitable” is easy to say, but rarely true.

But now I’ve come across evidence supporting the rise of cooperation, and this post is my attempt at laying it out. A Gedankenexperiment is going to help me doing that.

In our Gedankenexperiment, we look at a region that is very rich in resources and that has no outside world, or no contact with any outside world. Few people — compared to the amount of resources there are — live in this region. Say a few shepherds on a large pasture, fishermen on a lake full of fish, or any kind of human living with easy access to plentyful natural resources.

How will these people organize themselves? I think they will basically do what they like, not much organization is required. If your sheep are grazing in some area, I can easily take my sheep somewhere else: after all, there’s plenty of juicy grass everywhere and hardly a human in sight. Humans like company, so they create a community, but it has plenty of breathing space for everybody.

The people there are successful, and the community grows. As it grows, more conflict occurs: there’s noise, trash, I really hate the smells when he cooks his special soup and the grass around the community has been depleted by ever-growing herds of sheep. What should we do?

The solution is obvious: we spread out. It’s a big pasture, and so some of us can pack up our wagons and settle down somewhere else. Problem solved, for now.

But growth continues. There are more people again, with more sheep, spread out even further. And ultimately, the entire rich pasture is full of people and sheep. That is when the previous strategy of conflict-avoidance can go no further: there is no more spare pasture to move to, it’s all spoken for. Net-net, nobody can add any more sheep.

(I could have told the story for fishermen at a lake, coal miners or any kind of other limited resource, the basic pattern is the same.) There is a second dynamic: externalities, i.e. costs that I cause due to something that I do, but that I do not pay for myself. In our Gedankenexperiment, that would include, for example, the water I take out of the creek in the meadow, the air that I pollute through my stove and the grass that my sheep eat.

While there is a big pasture and very few people around, those externalities don’t really matter. Nobody misses a little bit of water, or minds the smoke of a single stove. The grass grows much faster than a few sheep can eat it.

Even when the first people move away to some other part of the pasture, the externalities don’t matter. They might have if they had stayed, but there was a simple way out: move.

But as soon as the pasture is getting full, externalities change completely: if anybody does whatever they like, as they have before, the creek won’t have water at times, the sheep will starve because there is not enough grass, and the air is thick with everybody’s exhaust.

Not only has it become harder to feed the sheep, now that the pasture is full, but all sorts of other things that nobody ever had to pay attention to — like smoke, trash and noise — are suddenly things that need to be dealt with and that costs money and effort. And internal resistance: I’m a shepherd, not a trash collector, somebody else should do that! (i.e. I’d like somebody else to pay my externality. Note we are all shepherds on this pasture and nobody signed up to be a trash collector. Now we also need to do activities we really don’t want to do!)

This is of course a history of earth to the present day in a dozen easy paragraphs. First there were so few humans, and so many resources, that life was good. 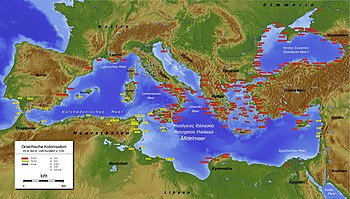 As resource shortages developed and externalities became difficult, people left their communities and founded colonies somewhere else. The ancient Greeks did it, and the Romans, and the Germanic people, all the way to the European colonization of North America. (Often that involved killing would-be competitors for the resources, like indigoneous people, but that’s a different subject for a different time.)

Moving and growing was easy: resources easily accessible, and nobody had to pay attention to externalities.

Which brings us to today. The world is full, there is no more way of packing up and looking for a different pasture. (Future technologies like underwater living or space tracel may change this, but I expect no miracles for quite some time.) We have already exploited or are currently using all resources that exist on the planet that we have the technologies to exploit. And there are now so many of us that externalities have become really painful.

We all recyle now, and pick up after our dogs. But externalities now have become global and huge. Take the recent hurricanes. If, as it is likely, the strength of those hurricanes was increased by some percentage due to global warming, the externality of blowing CO2 into the air for free when driving in Seattle contributed to deaths and billions of dollars in damage to people in the Caribbean. If you were stranded in destroyed Puerto Rico without food, water, roof of medicines right now, how would you feel if this thought had just occurred to you?

Given this, what should the people in our Gedankenexperiment do? The pasture is full, and everybody is greatly, negatively impacted by the side effects of what everybody else does.

I think there are only two choices:

I think these are exactly the choices we have today, in 2017.

The planet is full, externalities have become internalized, and choices are to either fight “for our own kind” (whatever that is), and kill off as many of the “others” in the hope that we can keep consuming resources at the rate we have, and making others pick up our externalized costs. Note that I’m making a very general point here, not just about natural resources, but any kind of limited thing we need to survive (such as access to healthcare).

Or we stick our heads together and figure it out together, which means cooperation.

Both of them are happening already. Because the world is complicated place, different choices can be made by different people for different resources. Say: cooperation for CO2 reduction, and war for oil resources. But that is not a stable situation: for you and me to cooperate on some resource, we need to be able to trust each other, and we won’t do that if we are at war over some other resource.

There will always be insane guys who think they can “win” by essentially killing everybody else off or leaving them to die (just watch the news, plenty of sociopaths are on TV every day). Some times the conflict is between countries, sometimes between religions but also between different subpopulations in the same country — and in the US, we have several of those play out right now. Because there is plenty of insane guys in a position of power, there will be plenty of incitement.

But as soon as enough people realize that the old way of dealing with this problem — walking away to a different pasture — is not possible any more, these two stark choices will become well-understood. It is my belief that anybody who is not a sociopath will sooner or later realize that of those options, cooperation is the better one.

This is the insight for this post. “Inevitable?” — no. Just inevitable for those of us who don’t like to die or make others die.

In the meantime, it’s our job to put peer-level cooperation into practice in as many places as possible. So we can gain experience, people can get exposed to it, see just how much effort it is (yes! it is!) but also see that it works and how it works. And then demand it from their leaders or get leaders that will cooperate.